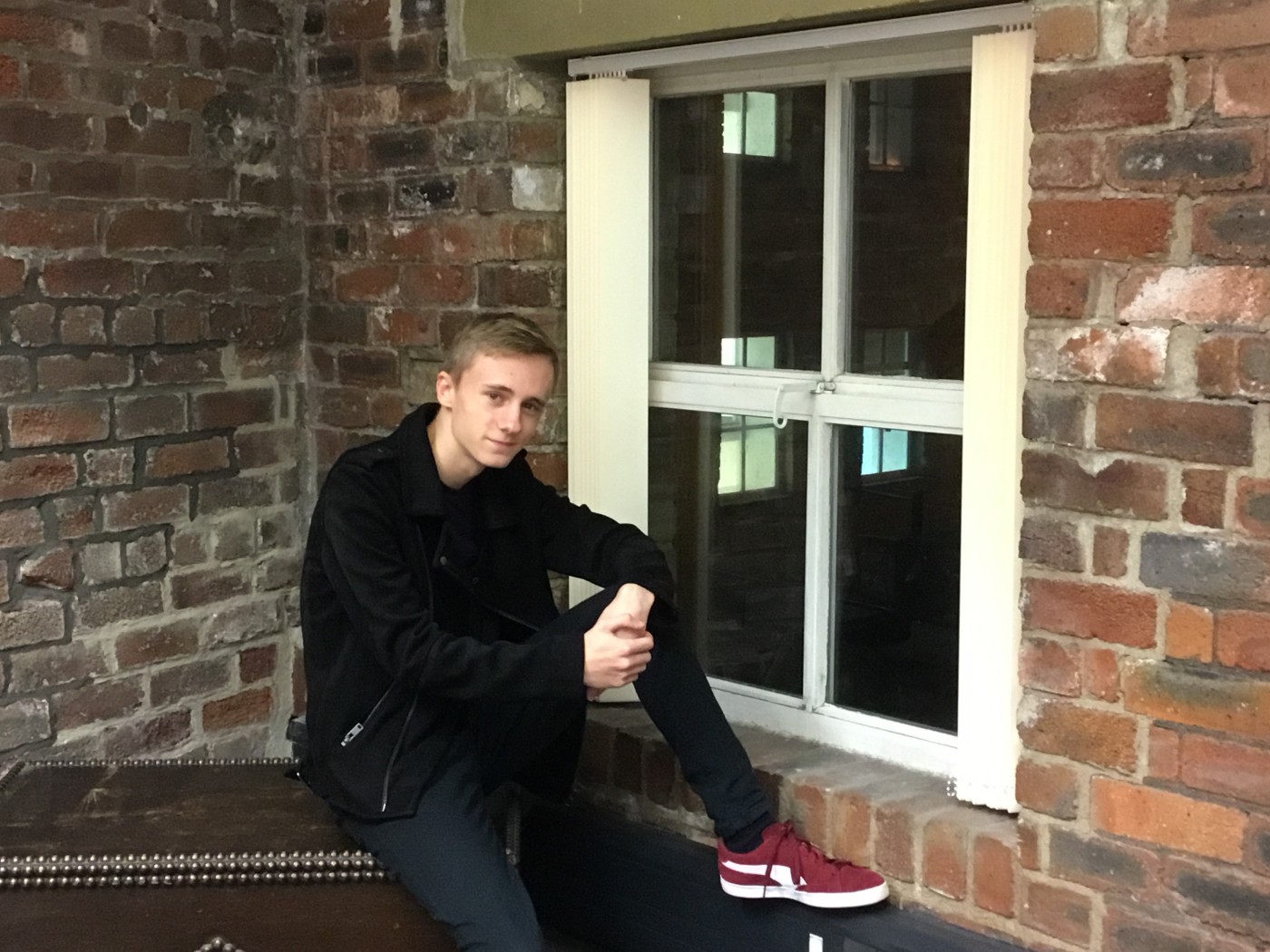 Alongside the 2018 Junior Star Singer/Songwriter national competition, we travelled a little further to reach talented young people aged 10-16 for Junior Star Singer/Songwriter Europe! This special edition was met with some incredible entries, but there could only be one winner and that lucky person was Marcus Bagley-Hodkin from the UK! I caught up with Marcus for a chat about how he felt to be named European winner and what his plans are for the future.

Marcus, how did you feel when you found out you had won JSS Europe?
It gave me a real buzz of excited energy, then about 10 minutes for the news to sink in properly!

What was it that made you enter the competition?
I wanted to test myself (and the song I had written) to see how I compare with others my age. Being 17, there aren’t many confident singer/songwriters locally, so the competition was also a chance to reach out and see how vast an interest in music is. And a chance to perform and have such an audience is a great opportunity!

How old were you when you found your passion for music?
Extremely young; I started off as a dancer, primarily tap. Then after a couple of years I went to musical theatre, all the while learning piano. I guess music was always involved an any and all interests I had!

And when did you start composing your own songs?
This is embarrassingly cringey; but as soon as I reached the dreaded ‘emotional teenage years’. It was a way to cope with stress, relationships, sexuality, frustration and that old devil called love… or so we all think its love at the time, don’t we! Having a place to completely relax (in my own way, any songwriter knows that writing is not always relaxing in the traditional sense) and feel in control. I feel that way about anything creative, I think it’s vitally important for everyone to have some way of being creative and expressive. It’s a way to offload anything on your mind. At the start I was writing any style of song that could come to mind, I still do. For example, I have a bunch of folders in the notes page of my phone labelled things like ‘comedy songs’, ‘serious songs’, ‘stupid songs’ etc. I suppose the only difference now is that I take the time to perfect a lot of the serious ones more so that they’re at a standard I’m happy to perform them live at. It’s going pretty well so far, although I still (and probably always will) struggle with the second verse!

How was your time in the recording studio?
Absolutely brilliant, I loved being in the perfect environment to produce a song. There’s just something about sitting back after a couple of hours and listening to what was once silence and is now a cool piece of music! It also made me realise just how much I love the arts, the fact that in a lot of ways you are your own boss in terms of what the song sounds like, but also having someone who knows their stuff there to guide and give advice and to help if there’s a creativity block. I still can’t quite believe people my age have access to such incredible resources, and that crafting a song is achievable without being famous or rich.

What did you feel was the best part of working with a professional producer?
The little bits of expertise it’s impossible to know on your own writing or producing material, like adding an ambient sound called a ‘pad’ on a track to give a warmer wound, or panning an instrument slightly to one side  (like to the right ear of the headphones) to make it sound more prominent. It’s valuable knowledge that gives professional tracks the edge on quality.

Where do you see yourself in 5 years’ time?
Hopefully I’ll be in my last year at a conservatoire, studying composition for a music degree. (A conservatoire is a sort of uni specialising in the arts, but with less emphasis on academics and more time spent actively performing or composing).

If you could write and perform a track with a famous person, who would it be?
Gary Barlow. I just love his songwriting, music and work ethic. Plus, my Mum would rather like to meet him.

If you could perform anywhere in the world, where would it be and why?
London LGBTQI+ (is that the current acronym, I can’t keep up) Pride Main Stage would be fun. A big audience, big stage, and a relevant event! (The phrase ‘relevant event’ is harder to say than you imagine, try it, trust me!).

What piece of advice would you give anyone entering this JSS competition?
Be confident. Be kind. Be sociable. I can’t believe I – of all people – am saying this but it’s important to chat to people, to connect and meet like-minded musicians. It’s the perfect place to learn about different people’s style, method, attitude and outlook. As I said before, it’s not often that a group of talented singer-songwriters are gathered in one place. Also (and this is annoyingly cliché) … be yourself. Present what you are, not what you think people want, because the last thing anyone wants is fakeness (even though that’s not a word)!

Well there you have it, a great insight into young Mr Bagley-Hodkin’s musical passions and aspirations following his 2018 JSS Europe win, and some excellent advice for future entrants of any of the JSS national and international competitions! Well done Marcus, we look forward to seeing what the future brings!